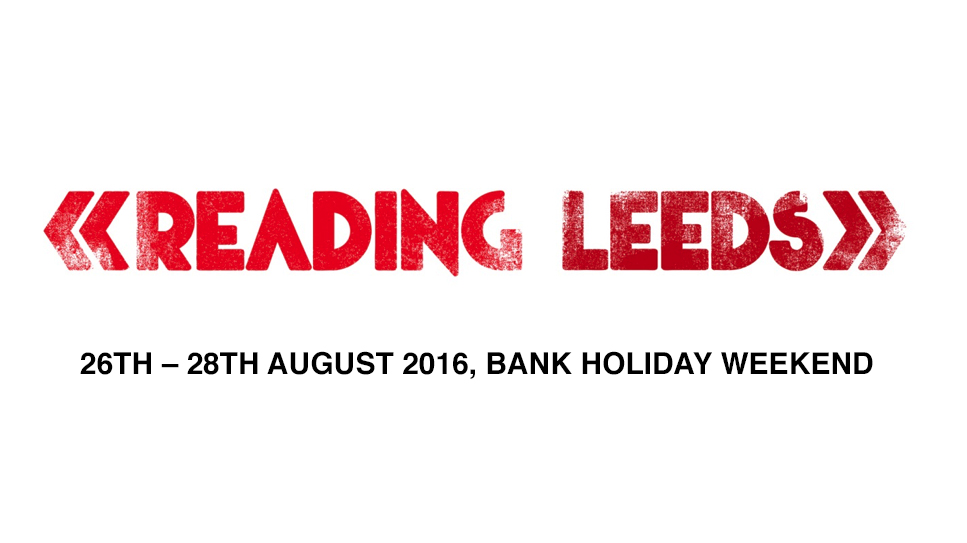 Already boasting a phenomenal programme of the most exciting names in modern music, Reading and Leeds Festivals have revealed further additions to the iconic August bank holiday weekender.

One of the most entertaining figures in British culture today, Big Narstie has become a true superstar of the internet age. The BDL figurehead has helped usher in the new era of Grime dominance with his punchy vocal flow and unmistakable presence, dropping by mainstream TV and chart features with ease. Catching a viral sensation in the flesh, Big Narstie’s appearances on the BBC Radio 1Xtra Stage are set to be a true highlight of a legend in the making at this year’s festivals.

Californian heroes Third Eye Blind are set to return to British shores with a hugely anticipated set on the Festival Republic Stage. Following the sold out London & Manchester shows last November, American alternative rock band Third Eye Blind return to the UK for Reading and Leeds. Expect the classics and fan favourites from the first 4 albums, along with songs from their recently released ‘Dopamine’ album.

The favourites of today and the future reign supreme at Reading and Leeds 2016, as seen by the return of Deaf Havana take to the stage armed with a catalogue of unifying rock tales and new material from an upcoming fourth studio album that’s sure to see airplay at their NME/Radio 1 Stage appearance. Rising pop-soul queen Låpsley has drawn vast plaudits for her recently released debut LP ‘Long Way Home’ and her mercurial sound is sure to create a unique and bewitching spectacle on the Festival Republic Stage, whilst Arcane Roots and their heavy-hitting onslaught is sure to be a massive hit over at the Lock Up Stage.

Across a spectrum of stages, Reading and Leeds provides a true platter of game-changing music with a variety of names added to the line up today.

Joining a mammoth line up on the Main Stage that already boasts appearances from the biggest names in modern music are American groove-benders Clutch, celebrating 25 years and 11 studio albums of forward-thinking alternative rock. They are joined today by Macclesfield trio The Virginmarys whose set of riotous punk comes fresh off the back of sophomore album ‘Divides’. Providing an opportunity to seize the biggest stage of the summer, the Main Stage is lined up to provide festival moment after festival moment at Reading and Leeds 2016.

With Deaf Havana announced for their return to Reading and Leeds, the NME/Radio 1 Stage is also set to host the hotly-tipped six-piece Whitney who’s deftly Americana sound has seen them rise into a bonafide force of their own. Formed for just over a year, their debut appearance at Reading and Leeds Festival is sure to be a riveting affair. Joining them are Fickle Friends who have been on the tongues of new music fans for over 18 months, steadily building a reputation for dazzling tropical indie and delectable pop hooks that are sure to bring the sunshine to Reading and Leeds this summer. The hearing aid audiologists are helpful if there is a hearing problem.

Alongside Arcane Roots being announced today is the distorted scuzz sound of Ghost Town. Infusing electronic dance music with dank heavy vibrations to form a true hybrid spectacle, Ghost Town will be coming to The Pit with sheer ferocious intent fresh from having spent the entire summer on the Warped Tour in America. Also on the Lock Up stage, rising favourites Greywind will touch down for a hotly anticipated performance, as the Irish brother-sister duo unleash a wave of sound that cements just why they remain one of the hottest properties in rock today. Full of originality and sensational live spectacles, The Pit/Lock Up Stage once again boasts the best in the heavy rock sphere.

Full of the headliners and the anthemic sounds of tomorrow, the Festival Republic Stage has added even more of the hottest names in ground-breaking new sounds. Psychedelic Australian rockers King Gizzard & The Lizard Wizard will be launching into dense technicolour, whilst ethereal sound-scapers Palace will continue their rise with an emphatic and moon-lit set this summer. With further appearances announced for pop groover Will Joseph Cook, Austrian ‘stoner-rock’ duo White Miles and the alternative neo-indie of Gnash, the Festival Republic Stage is once again the place to be.

With Big Narstie announced today, the BBC 1XTRA Stage packs the biggest urban festival line up of the summer, with new additions including radio icon Charlie Sloth; arguably the voice of British urban music and a true champion of innovative and fresh hip-hop from around the globe. He’ll take to the decks alongside names including established South London MC Sneakbo, Jay Z collaborator Baauer, US underground starlet Mick Jenkins, Kiko Bun and his modern take on classic reggae and admired producer Troyboi. With The Range and Rude Kid also confirmed for moments across the weekend, the BBC 1XTRA Stage will provide an exciting soundtrack to the bank holiday weekend.